Winter, and especially the high-holiday season that is winter’s centerpiece, brings with it for me an air of nostalgia, a wistfulness for the Thanksgiving Days of old, the days when at the end of a long country lane, the white square farmhouse of my maternal grandparents came into view, and within its walls my large family would soon gather around an immense table groaning with a homegrown Thanksgiving meal. With the elapsing of time, the torch has passed to my aunts and uncles, and then to the members of my generation. The work of keeping the traditions of our family alive and well continues to be handed down.

This past Thanksgiving my immediate family gathered at the home of my daughter, Elizabeth, the person who often as not, has hosted our celebration for several years. I am so grateful for the young people of my family, and for the time and space to hunker into the winter of my life, to gather my provisions, as well as to relax into my unbound hours and make the most of them.
Turkey and dressing, mashed potatoes and gravy, sweet potatoes, cranberries, and several other side dishes, sweetened at meal’s end with pumpkin pie and whipped cream, and a wide selection of additional heavenly desserts was our traditional fare. Last year, we broadened our menu with some new dishes. My contribution was a lovely ‘Farmhouse Cheese Soup’ laid at table as an appetizer. The recipe comes from Stacey Pirtle of ‘Southern Discourse,’ where it is described as “…oogey, gooey, goodness…a zesty comfort food even the pickiest eaters will enjoy.” 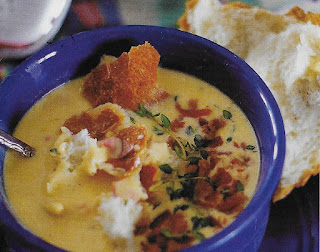 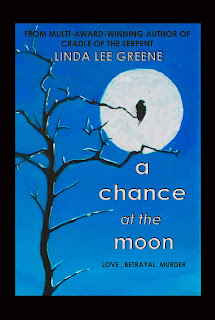 Was it chance or destiny’s hand behind a man and a woman’s curious encounter at Caesars Palace in Las Vegas? The cards fold, their hearts open, and a match strikes, flames that sizzle their hearts and souls. Can they have the moon and the stars, too? Or is she too dangerous? Is he? Can their love withstand betrayal? Can it endure murder?

While the cards at Caesar’s Palace in Las Vegas fail to distract them from their troubled pasts, on the side, the actress and the gambler play a game of ‘will they won’t they’ romance. Meanwhile, an otherworldly hand also has a big stake in the game. Unexpected secrets unfold brimming with dangerous consequences, and finally, a strange brand of salvation.
Amid the seductions of Las Vegas, Nevada and an idyllic coffee plantation on Hawai’i’s Big Island, a sextet of opposites converge within a shared fate: a glamorous movie-star courting distractions from her troubled past; her shell-shocked bodyguards clutching handholds out of their hardscrabble lives; a dropout Hawaiian nuclear physicist gambling his way back home; a Navajo rancher seeking cleansing for harming Mother Earth; and from its lofty perch, the Hawaiian’s guardian spirit conjured as his pet raven, conducting this symphony of soul odysseys.
The Cast of Characters
Actress, Olivia Montoyo Simms escapes the shadow of her mother’s gruesome murder and the relentless demands of Hollywood and loses herself in the cards at Las Vegas casinos. But like hounds on the scent, the scandal tracks her. And true to her history, it shows up in the person of dashing Hawaiian gambler, Koa Kalua’i. Neither of them are strangers at taking risks and too often losing. Will they win in their chance at the moon this time?
In Hawaiian cosmology, Aumakuas are guardian spirits whom many believe to manifest in physical form. Koa Kalua’i knows the tenet to be true, because Raven has not only been his winged-pet since the earliest days of his childhood on his family’s coffee plantation on Hawaii’s Big Island, but also his Aumakua. They make a remarkable pair, dedicated to righting wrongs.
Born and raised in Las Vegas, and orphaned as little kids, twin brothers Nicholas and Tobias Plato grew up tough but tenderhearted, qualities they put to use as actress, Olivia Montoyo Simms’ bodyguards. Who knew that Nicholas would play such a pivotal role in Olivia’s life: her most trusted friend and guardian, and in the end, her savior?
Navajo rancher and computer geek, Sam Whitehorse uncovers a secret, terrorist stockpile of materiel burrowed in the side of one his people’s sacred mountains in Nevada. It is a threat that he and Las Vegas gambler, Koa Kalua’i must expose and eliminate, but potential government involvement in the matter complicates such an offensive. And why does actress, Olivia Montoyo Simms insert herself into the whole affair? 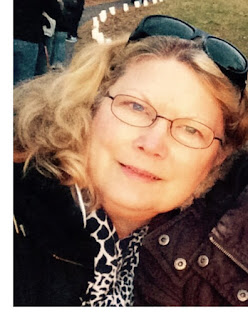 Multi-award-winning author and artist Linda Lee Greene describes her life as a telescope that when trained on her past reveals how each piece of it, whether good or bad or in-between, was necessary in the unfoldment of her fine art and literary paths.

Greene moved from farm-girl to city-girl; dance instructor to wife, mother, and homemaker; divorcee to single-working-mom and adult-college-student; and interior designer to multi-award-winning artist and author, essayist, and blogger, it was decades of challenging life experiences and debilitating, chronic illness that gave birth to her dormant flair for art and writing. Greene was three days shy of her fifty-seventh birthday when her creative spirit took a strong hold.
She found her way to her lonely easel soon thereafter. Since then Greene has accepted commissions and displayed her artwork in shows and galleries in and around the USA. She is also a member of artist and writer associations.