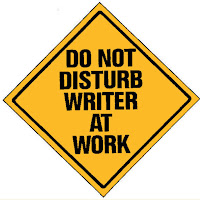 The journey to publication wasn’t easy for
me. In fact, it took me a great deal of time and effort to get to where I am
now. So, let’s go back in time to 1995 when I got bitten by the writing bug
during a Planning Your Novel workshop
I attended for fun at the local college. One of the exercises I volunteered for
still sticks in my mind. The teacher handed me three pennies, and I had to
throw them into a waste basket one at a time. I managed to get all three coins
in, shooting at different angles and distances. My teacher, Tom Arnett—a NYT
bestselling author—was surprised at my luck because the norm was usually two
pennies in. He explained that getting all the pennies in would suggest your
(writing) goals would be too easy because the person threw them from a close
distance. On the flipside, one penny in (throwing too far away) suggested
having unrealistic expectations/goals about a career in writing.

You could say that this penny exercise set
the bar for me, and gave me some hope in a field I knew absolutely nothing
about. I ended up taking Tom’s night course, Starting your Novel, and from there the writing games began…

·
Write
a book (I choose a paranormal romance) which took about 2 years, including
research and learning the basics.

·
Attended
a workshop where I met an agent, and handed her a query and outline, which
eventually got her interest. This went back and forth for a time (about four
years) until the agent admitted that my book wasn’t developing the way she
wanted it to go, so we decided to go our separate ways. Sigh.

·
Around
1998, I had a dream where I saw seven arches, and there were seven people (five
kids, two adults) with crystals in their hands, walking up to these arches. It
definitely had an Indiana Jones feel
to it. At that time, I was trying to get my paranormal romance published, and
had no intention of writing in the young adult genre. But this idea kept
growing in my mind, and wouldn’t leave, like some mystical force pushing me
from behind. So, I thought I’d challenge myself to write a time travel series based
on that dream, calling it The Timeliners, and later The Last Timekeepers.

·
Had
some luck with The Last Timekeepers when an agency and publishers showed
interest. But their interest was short-lived. Rejection, rejection, and more
rejection followed.

·
In
2003, we sold our graphic trade business and house, packed up, and moved to our
cottage in a popular tourist area located in Ontario. I decided to become a
tutor for the local Literacy Council in the winter of 2004. While living pretty
much off the grid (we had dial up internet), I started a teen psychic mystery
series entitled, Mysterious Tales from Fairy Falls, pulling from my experiences
living in the wilds of cottage country.

·
I
enrolled in a two year correspondence course geared toward writing for children
and teens to beef up my writing chops.

·
Then,
I decided to try my hand as a participant in the 2005 Muskoka Novel Marathon,
where previously I had helped with the organizational aspects of this event.
The idea is to write a novella or novel in three days, and the winner gets a
chance at publication. During the course of the marathon, our dog died suddenly
and I left for the day, only to come back the next day to finish writing my
manuscript in time to submit it. It was truly a bitter-sweet experience. 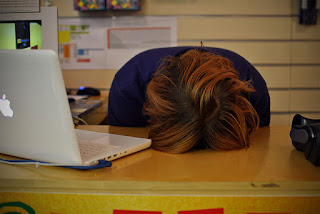 ·
My
writing suffered after that, and I decided to enter the workforce as an animal
care attendant at the
local Animal Shelter for the next fourteen months. During
this time, I finished my writing correspondence course, tinkered with Mysterious
Tales from Fairy Falls, then finally woke-up and quit the animal shelter to get
back to writing. I wrote a whole book out of my animal shelter experience, and
geared it for my teen psychic mystery series. I sent in that manuscript and got
rejected a lot, but one agent showed an interest. He later sent me a lovely
rejection letter. Sigh.

·
Finally,
in 2010, I decided to dust off my time travel story, update the characters and
give it a fresh voice. I sent it out—mostly to agents—and got rejected again,
and again.

·
By
this time, I had decided to check out ebooks and how to go about publishing
them. Since I owned a graphics business for over twenty years, I had some
business background, and it seemed many authors were being forced to wear two
hats in these changing times. So I started a blog in May 2011 to create an
on-line presence.

·
Then,
I entered the 2011 Muskoka Novel Marathon with the idea of doing the prequel
for The Last Timekeeper series. Two writers there had just signed publishing
contracts, so this gave me some hope. I asked if I could use their names as a
reference when querying their publisher. They said, ‘No problem,’ but I’d have
to wait until September to query. After the novel marathon, we all exchanged
social media info.

·
This
is where hard work and opportunity collide. One of those writers shared a link
on Facebook, which I thought was the publishing company she had signed with.
But it wasn’t. It was the link to a new epublishing company calling for
submissions. What the hell, there was nothing to lose while I waited for
September to roll in. I sent out my query the end of August, and got a reply
within seven days—Musa Publishing wanted to see my manuscript. Excited, yet not
getting my hopes up, I sent my young adult time travel manuscript in. They
loved it, but wanted revisions. Actually, they wanted a huge, big-ass rewrite
that included making the entire book only in one POV, instead of the five I
originally had written. Each kid had their own chapter. This publisher only
wanted one kid per book. So they offered me five books right off the bat.

·
I
signed the contract September 13th, 2011, with a release date of May
18th, 2012. Plenty of time for rewrites, and plenty of time to learn
what’s expected of an author in this new paradigm of publishing. I followed up
with the prequel to The Last Timekeepers series, Legend of the Timekeepers came out in August 2013.

·
Time
travel to 2015 when Musa Publishing closed their doors permanently, and Mirror World
Publishing appeared to open their doors for me. Not only did they take on The
Last Timekeepers series, but in 2017 added Mysterious Tales from Fairy Falls to
their young adult list of books. Woohoo!

Honestly, I’ve
come a long way since 1995, and I’m still learning and growing in this crazy
publishing business as it continues to evolve. Presently, I’ve got two young
adult book series under my belt, both published through Mirror World Publishing.
And I’d wager three shiny pennies that they won’t be closing their doors any
time soon.

If you’re an author,
what does your publishing journey look like? Did it take you a long time to get
published? Would
love to read your comments! Cheers, be well, and thank you for reading my blog. 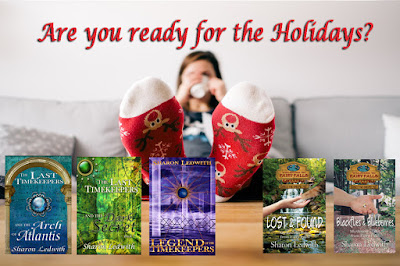 The Last
Timekeepers and the Dark Secret, Book #2 Buy
Links:

The Last
Timekeepers and the Arch of Atlantis, Book #1 Buy Links: