The last long weekend is almost here, so I’ve invited author friend and Regency maven, Susan Lodge to share a dish that can be cooked ahead of time, and whisked away to your cottage, camper, or family gathering. This recipe makes two generous portions, so double or triple up if your planning on serving extra bodies. It’s nice served with a green salad and some crusty bread. A little red wine is a bonus. Enjoy!

FRY bacon in a little oil and put aside.

COOK the pasta in boiling water for the prescribed time on the packet.

IN a large pan gently fry the onion and garlic in olive oil for a few minutes until soft and transparent.

ADD tomatoes, wine, cooked bacon pieces, and most of the chopped basil (retaining a little for garnish). Season well with salt and pepper.

SIMMER gently for five to ten minutes until the sauce has thickened slightly.

COMBINED the drained pasta and tomato mixture and turn in to an ovenproof dish.

SPRINKLE with cheese and scatter the remaining basil on the top. Bake for 10 to 15 minutes, or until the cheese is melted and bubbling.

POUR yourself a glass of wine, relax, and enjoy a peek at my latest Historical Romance while dinner is baking. 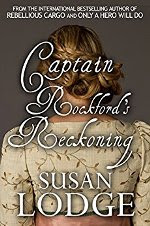 Esmie Elstone is thrown into panic when she hears of Captain Rockford’s return. But she is determined that the days of him interfering with her life are over. Destroying her chances of a happy future on his last visit, had resulted in her being foisted on her Aunt for a third pointless season in London.

To alleviate the boredom of society life, Esmie helps run a discreet betting enterprise under the guise of a sewing club. But there are some things you just shouldn’t wager on, and Esmie’s integrity is soon put to a dangerous test.

Richard Rockford had known Esmie almost all her life. As neighbours, Admiral Elstone had depended on Richard to keep an eye on his daughter when he was away at sea. The responsibility he had always taken on willingly. But her cruel and thoughtless actions, from the day he had left four years ago, had shaken him. Now he was back and wanting answers.

But when Esmie tumbles into a treacherous conspiracy, can he really turn his back on her? 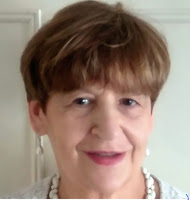 Susan Lodge’s first publishing success was a story purchased by a major UK magazine followed by a drawer full of rejections. Finally a breakthrough gave her the confidence to seek and secure a publisher for her historical romance novels Only a Hero Will Do and Rebellious Cargo.

After working in several cities including London and Bristol, she and her husband moved down to the Hampshire coast to raise their family.