This delightful dessert is popular in Britain. We call them fairy cakes while my American cousins call them cupcakes. No matter which you say, I am confident you will love this vegan sweet. Add a little food colouring to the icing for a more festive appearance. Sprinkles or candied cake decorations are also a fun addition. 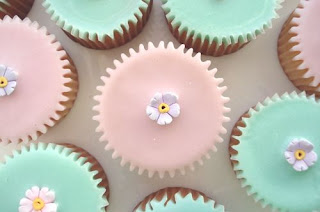 6 tbsp. /90ml oil
1 cup /230ml water
½ cup /55g light brown or coconut sugar
1¼ cups /185g self-rising flour
1 heaped tsp. /5+ml baking powder
1 ½ oz. /45g cocoa or carob powder
½ cup /55g icing sugar (confectioner’s sugar)
vanilla essence (vanilla extract) to taste
¼ cup /55g margarine
Preheat oven to 350 F°/180C/gas 4.
Stir oil into water in a medium-size bowl. Beat in dry ingredients with a hand whisk. Roughly 2 mins.
Insert fairy cake (cupcake) papers into a muffin tin. Pour in batter about half way up the paper. Bake 15 mins.
Remove cakes from tin and allow to cool on a rack.
Cream filling ingredients together in a small bowl. Slather onto cakes after they have cooled.
You’ve worked hard so pour a cup of tea and settle a fairy cake or two onto a plate then sit back. How about a peek at the first book in my epic fantasy series while you enjoy a break? 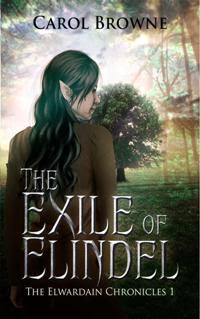 Elgiva, a young elf banished from Elvendom, must seek shelter among the Saxons as her only hope of surviving the coming winter.

Godwin, a Briton enslaved by the Saxons, is a man ignorant of his own inheritance and the secret of power he possesses.
A mysterious enemy, who will stop at nothing to wield absolute power over Elvendom, is about to make his move.
When destiny throws Elgiva and Godwin together, they embark upon the quest for the legendary Lorestone, the only thing that can save Elvendom from the evil that threatens to destroy it.
There is help to be found along the way from a petulant pony and a timid elf boy but, as the strength of their adversary grows, can Elgiva’s friends help her to find the Lorestone before it falls into the wrong hands?
The night was waning when Elgiva woke, wondering where she was. The dark ceiling of Joskin’s cave hung above her, and everything had a reddish glow, cast by the embers of the fire. She slid from under the fur coverlet, her skin tightening at the loss of its warmth, and searched for her leather sandals.
Something had woken her, something that waited outside the cave. A runnel of dread ran down her spine.
She had an inexplicable sense of impending danger, but it was too insistent to ignore. An unnamed instinct stopped her from alerting her companions. She must face this menace alone.
She left the cave as quietly as she could. Her heart pounded in her throat as she peered between the rowan trees and searched the night. Whatever had awakened her, it beckoned. She held her breath and listened, but her ears detected nothing, save for a silence as dark and empty as an abandoned crypt.
It would soon be daybreak, but the sun had yet to rise, and the dark beyond the cave swarmed with potential horrors. She stepped out from among the rowans, relying on her acute senses to make out her surroundings. An unnatural calm gripped the night and as her sandals whispered against the cold grass, they sounded abnormally loud. She feared they would betray her presence.
After a while, she came to a stop and searched the trees. Thin strands of mist curled along the ground, cold and clammy, like an exhalation of sickness.
She hugged her shoulders, knotted her fingers in the cascade of her hair, and shivered in her ragged robe. All around her, the silence seemed to be drawing into focus.
“Who is it?” Her throat was too dry for her purpose. She swallowed and licked her lips. “Who’s there? I know you’re there. I can . . . I can feel you!”
A flash of silver sliced through the dark, and Elgiva gasped in fear. Her arms came up to shield her face as the beam struck a rock several yards ahead. It exploded with a whoosh and sent up thousands of splinters of light, which fell to the ground and sizzled in the mist.
A shape now stood upon the rock, its form concealed in a black, hooded cloak.
Elgiva clutched the amulet to her breast. Her hands were white with terror. “In the name of Faine, who are you? What sort of trick is this?”
A soft, sly voice spoke back to her. “Why should you fear magic?”
“What do you want?” she pleaded, her voice a croak of fear.
“To see for myself.”
“To see what?”
The dark shape sniggered, but made no answer. Instead, it swept its cloak aside, and a cloud of sparks flew out and covered the ground with beads of light.
Elgiva stepped back unsteadily, resolved to flee.
“Stay!” commanded the creature.
It raised a skeletal hand, and the forefinger swung towards Elgiva and pinned her against the darkness, holding her like a rivet of bone. No elf, no wilthkin, ever owned such a hand. Her legs threatened to buckle beneath her. This had to be a nightmare; she was still asleep in the cave. But no, it was all too real.
“Who are you? What do you want?” she cried. “I have . . . I have an amulet!”
The creature laughed derisively. “I am Death, and I have come for you.”
It began to radiate a sickly green light, enveloping itself in a caul of brilliance that pulsated with force. The light grew in size until the trees behind it were bathed in its angry glare. It reached for Elgiva, like a foul stench creeping along a breeze, and she was helpless. The creature’s power throbbed in the darkness.
Within the taut coils of her fear, her instincts screamed at her to run, but her limbs had turned to stone.
Siriol, Siriol, help me . . . help . . .
With a shriek of glee, the creature increased the throb of its power. Elgiva’s mind was suddenly invaded by an inexplicable force. She became divorced from herself and watched from a great distance, waiting for the horror to unfold.

Born in Stafford in the UK, Carol Browne was raised in Crewe, Cheshire, which she thinks of as her home town. Interested in reading and writing at an early age, Carol pursued her passions at Nottingham University and was awarded an honours degree in English Language and Literature. Now living and working in the Cambridgeshire countryside, Carol usually writes fiction but has also taken a plunge into non-fiction with Being Krystyna. This story of a Holocaust survivor has been well received.