Here is a dessert I confiscated and made my own. This New Orleans treat is perfect on a special night for two as well as holiday gatherings and everything in between.

Here are a few tips to make preparing this dessert easier:

Soak the raisins in bourbon before you start this recipe. You can even soak them a day or two ahead.

The bread you use should be a little dry. If the bread you are using is fresh, after you cube it, spread it out on a sheet pan and put it in a 200° F oven for 10 minutes.

Go easy on the bourbon sauce. It is strong! But so delicious. 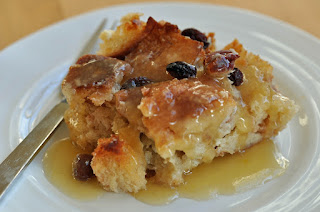 Combine raisins and bourbon in a small bowl. Cover and soak for 1 to 2 hours or until the raisins have absorbed most of the bourbon.

Pour milk into a large bowl. Add bread and press into milk with your hands or a large spoon until all the milk is absorbed.

In a separate bowl, whisk eggs until frothy. Whisk in sugar, vanilla, allspice, and cinnamon.

Pour over bread mixture. Add bourbon-soaked raisins, with or without the remaining soaking liquid. Stir gently to combine. Pour melted butter onto bottom of a 9 x 13-inch baking pan. Coat the bottom and the sides of the pan well with the butter. Pour in bread mixture then egg mixture.

Bake 35 – 45 minutes, until liquid has set. The pudding is done when the edges are just brown and pulling away from the pan edge.

Make the bourbon sauce while the bread pudding is cooking.

Melt butter in a saucepan on low heat. Whisk in sugar and egg. Cook over low heat, stirring constantly, until the mixture thickens enough to coat the back of a spoon. Remove pan from heat.

Do not allow mixture to simmer! Or the sauce will curdle. By the way, if your sauce curdles, just take it off the heat and blend it smooth in a blender.

Whisk in bourbon. Whisk again before serving. The sauce should be soft, creamy, and smooth.

Serve with whiskey sauce on the side. This dessert is best eaten the day it is made.

Please allow me to share a sneak peek of my Coming Soon Southern Gothic book while you enjoy your pudding. 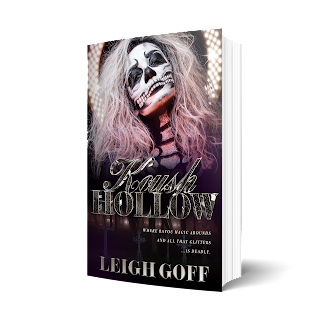 Koush Hollow: Where bayou magic abounds and all that glitters…is deadly.

After her father’s untimely death, Jenna Ashby moves to Koush Hollow, a bayou town outside of New Orleans, dreading life with her wealthy mother. 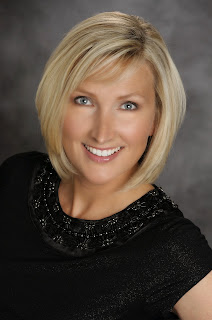 Leigh Goff writes young adult fiction. She is a graduate from the University of Maryland and a member of the Society of Children’s Book Writers & Illustrators (SCBWI).

Born and raised on the East Coast, she now lives in Maryland where she enjoys the area’s great history and culture.

Her third young adult novel, Koush Hollow, a Southern gothic set in New Orleans, will release on September 1, 2020 from The Parliament House.