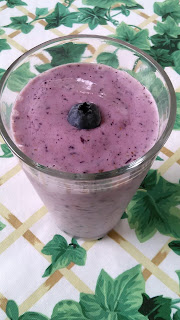 While working hard on edits and other aspects of publishing, I’m making a lot of smoothies instead of full meals. (A lot of indy authors can probably relate!) The fact that fresh fruit is in season makes this a lot easier!

While you enjoy your smoothie, why not check out one of my novels? Available on Amazon in ebook, print, and audible. They make great summer reads! In Starter Zone Cami kept herself and her younger sister Alby alive in a post-apocalyptic world, facing starvation, violence, and death on a daily basis. Caught by the military and forcefully inscribed, Cami manages to scam the system and they enter the Realms, a Virtual Reality world, as privileged Players rather than slaves. They experience a world of safety, plenty, and magical adventure.


Time to play the game.

The gliders draw in their wings and dive toward the deck, covering the distance in a few heartbeats. Most of the arrows fly uselessly past the attack force and fall like black rain from the sky. The archers aimed and released the volley too late.

The forward catapult releases a torrent of small rocks at the lead glider. It is a scatter-shot approach that proves effective. There are so many missiles that it is impossible to dodge them all.