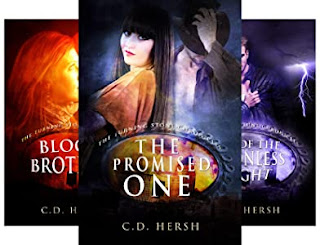 Over the years while promoting our series, The Turning Stone Chronicles, and appeared on different blogs or radio interviews we’ve encountered many questions. Today, we are sharing a few of those questions and answers.

Who had the greatest influence on your writing careers?

At Donald’s uncle’s 90th birthday party, when we were talking with him about writing when Donald retired, he said we should just go for it now. We took his advice and the rest is history. He died a year later and really didn’t get to see that we got published.

Where’s the most romantic vacation spot you’ve been together?

Wawasee Lake in Indiana, where you can see a full sky of stars on an evening stroll arm-in-arm along the lake, listening to the sounds of the evening.

As a team we tend to be afternoon and evening writers, although Catherine has been known to be a midnight oil writer when she is working with the first draft.

When did you first realize you were a good writing team?

Our first experience as a writing team came when we were writing drama scripts for our church. We had so much fun doing it and people seemed to really like what we wrote, that on a business trip Donald took, we wrote a three-act play called Adam and Eve on a Raft. After that we were hooked on writing things longer than two-minute skits. Then on another business trip we were discussing writing a book, to pass the time and keep awake, and the paranormal series was born.

In your Turning Stone Chronicles, you have a unique take on shape-shifters. Can you talk a little bit about that?

As we developed the book concept, we decided that we wanted something different than the normal were-shape shifters. In reality, we can thank Donald’s psychology courses for the idea of the various forms of shifting. One of the psyche theories is that we all have three parts to our psyche, commonly called id, ego and super-ego. We added a twist to that theory using male, female, and animal egos, and a magic ring that could tap the various forms.

What is your favorite sentence or quote in The Promised One?

We have several but probably the best is: “Grief is a midnight indulgence when no one else can hear.”

Who do you envision as your lead characters?

Alexi Jordan and Rhys Temple are the heroine and hero of The Promised One. Their story line runs through all the books, although the lead characters will change in each book.

In The Promised One, the partnership between Rhys and Alexi is extremely powerful and hits you immediately from the beginning of the book. Do you think this is a reflection of the strength within your own relationship together?

We’re laughing out loud here as we read this question. It’s not something we intended, but since our daughter said she could see us in the characters, we guess it does reflect our relationship, minus the shifting, of course. We suppose a bit of self comes out in all writers’ writing, at some point.

Since we’ve commented about Rhys and Alexi’s relationship, we thought we’d give you a brief look at those characters.

Tucking his gift under her arm, she started to leave.

“Hey.” He pointed at the other gifts. “Aren’t you going to add yours?”

“Ooh. Something special. Mineral or animal?” His right eyebrow raised, his smile growing.

Sidling close to her, he backed her against the wall. “Come on. Just a hint,” he said, a purr in his tone as he placed his hand on the wall next to her shoulder and moved into her personal space with the ease of a lover. One of his famous melt-the-girl looks smoldered in his gaze. The golden flecks in his green eyes lit up like fireworks. Hot fireworks.

Enjoying his closeness and the raw sensuality emanating from him, she lingered for a minute, then slowly moved away. Standing this close she could get burned, and she wasn’t ready to play with fire . . . not yet. She shook her head. “Not a chance.”

He crossed his arms, obviously irked that she hadn’t succumbed. “My irresistible charms work on everyone else. Why not you?”

Oh, if you only knew. She had to fight to resist him. She flashed him a smile. “Because I’m special. And I’m your partner. Keeping your back safe is more important than getting you on your back.”

He laughed, a deep, throaty, and utterly sexy sound.

She locked her knees to keep from melting into a puddle.

Of course you would. She felt her face flame.

The Promised One (The Turning Stone Chronicles Book 1)

Son of the Moonless Night (The Turning Stone Chronicles Book 3)

The Mercenary and the Shifters (The Turning Stone Chronicles Book 4) 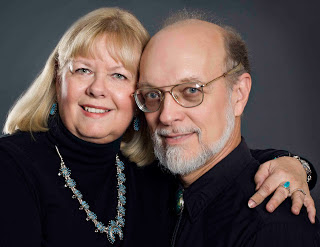 C.D. Hersh–Two hearts creating everlasting love stories.
Putting words and stories on paper is second nature to co-authors C.D. Hersh. They’ve written separately since they were teenagers and discovered their unique, collaborative abilities in the mid-90s. As high school sweethearts and husband and wife, Catherine and Donald believe in true love and happily ever after.

They have a short Christmas story, Kissing Santa, in a Christmas anthology titled Sizzle in the Snow: Soul Mate Christmas Collection, with seven other authors.

They are looking forward to many years of co-authoring and book sales, and a lifetime of happily-ever-after endings on the page and in real life.